The Gwich’in have traditionally used and occupied lands in the Northwest Territories and the Yukon from time immemorial. In July 1921, Chiefs and headmen representing the Loucheux (as the Gwich’in were then called) of Arctic Red River (now Tsiigehtchic) and Fort McPherson (also known as Teetl'it Zheh) signed Treaty 11 with the Crown, creating a special Nation-to-Nation relationship with Canada. 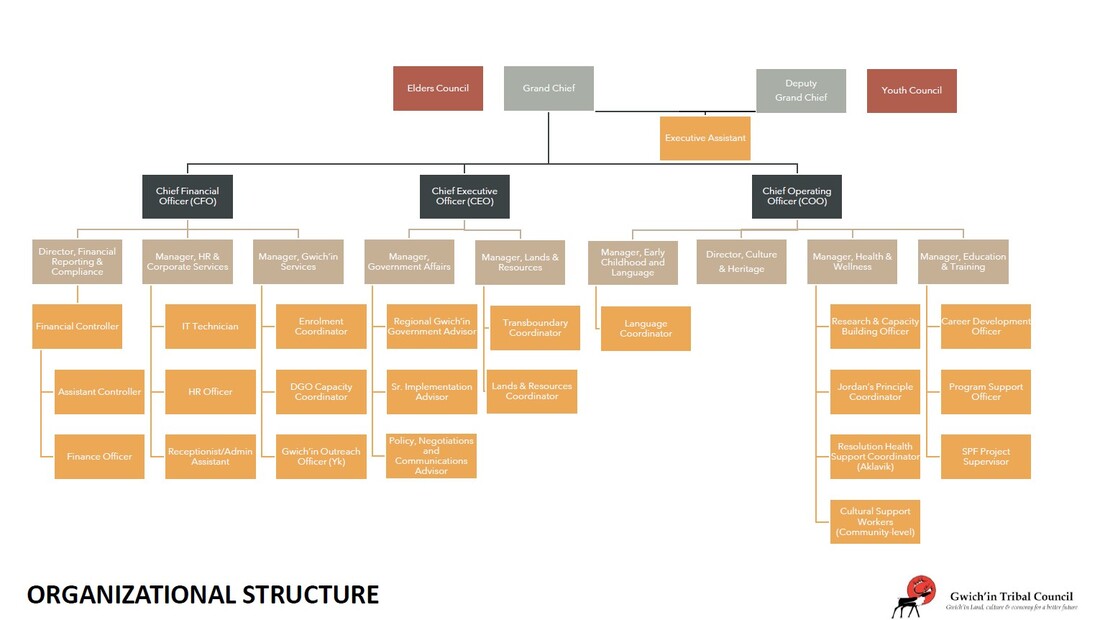 In this structure, the CFO and CEO report to the Grand Chief and the COO reports to the Deputy Grand Chief.